My oldest daughter just celebrated her birthday number 9! I can't believe how big she is!

Her favorites at the moment are Star Wars and Harry Potter, so it was not easy for her to decide on the theme of the party. In the end, she chose Star Wars, since apparently all her friends know of the films but few know of the books. How is it possible that children of 8 and 9 years old don't know about the Harry Potter books?!

Looking for ideas for the celebration, I found some very good ones where the kids pretend to go through "Jedi Training", but the truth is that I wanted to do it as simple as possible this time. Here's the result.

Thanks to JKWDesings I made these cute invitations. After downloading the PDF, I made it a little bigger and cut out several using my Zing machine. 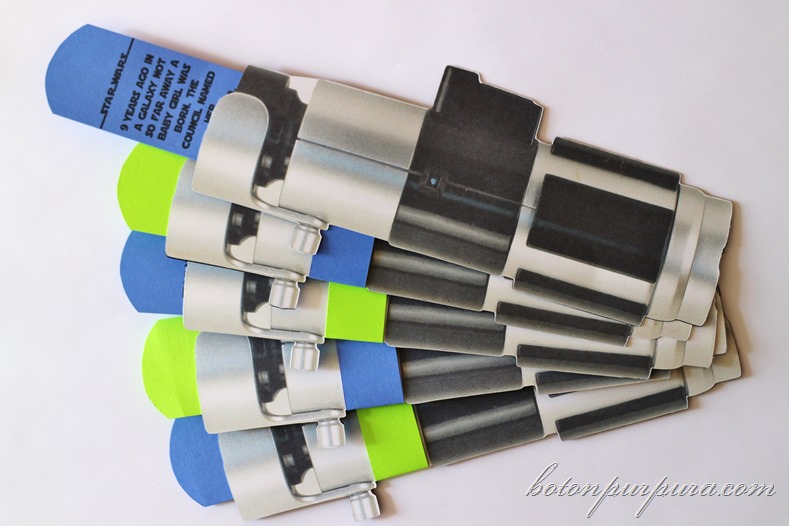 I found pictures of some of the characters and spent a ridiculous amount of time to arrange them, to print them, and then cut them on the Zing. The most difficult was BB-8, the program simply could not delineate it correctly. Surely there's an easy way to do it, but I have just not given the time to learn to use and get the most from the cutting program. 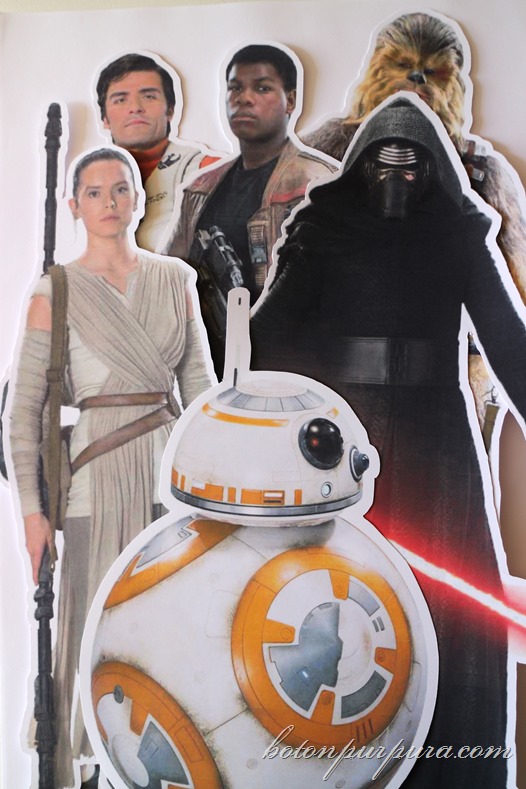 I also cut a few ships and stormtoopers to decorate with. 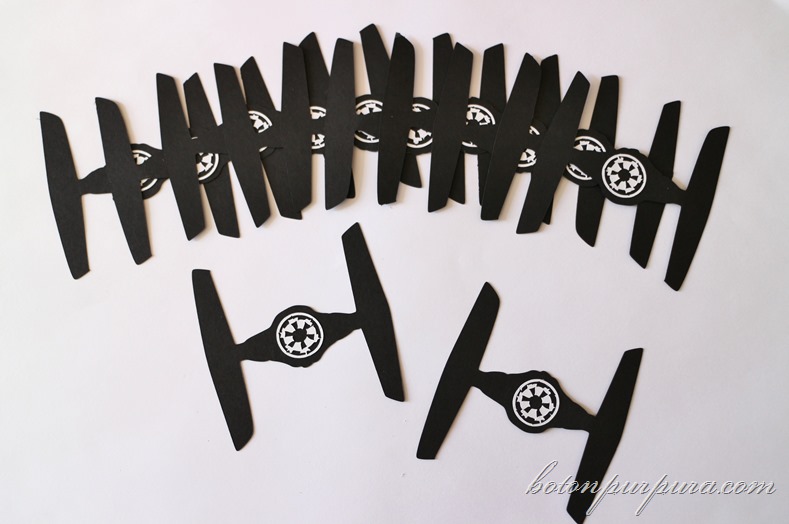 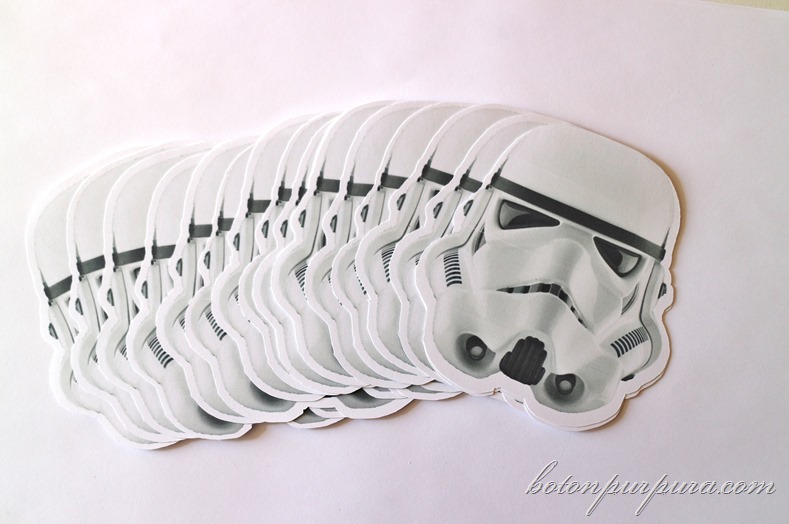 The piñata is supposed to be the "star killer" of the new movie. It looked better before my little girl of 2 years kicked it like ball and I then had to try to save it as to avoid having to restart. I planned on adding more details but I decided to leave it at that. The children seemed to be impressed enough with it. 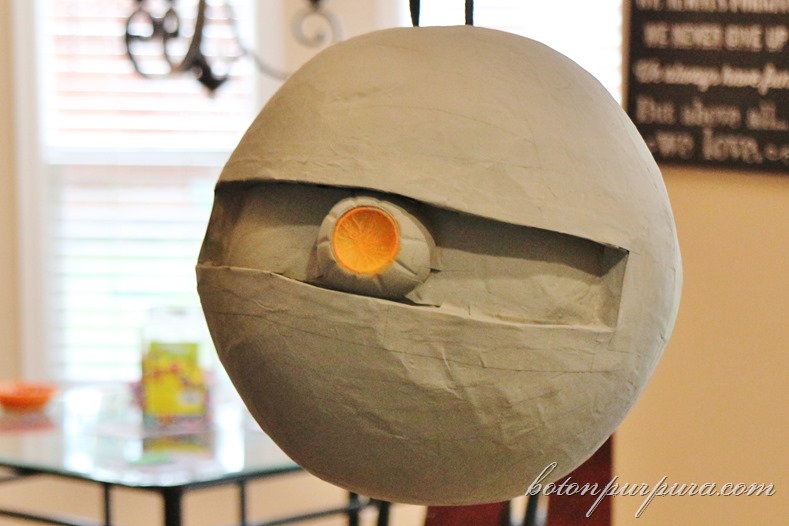 This is how I decorated the table. Only the plates are Star Wars themed, the cups, napkins, and forks are generic. 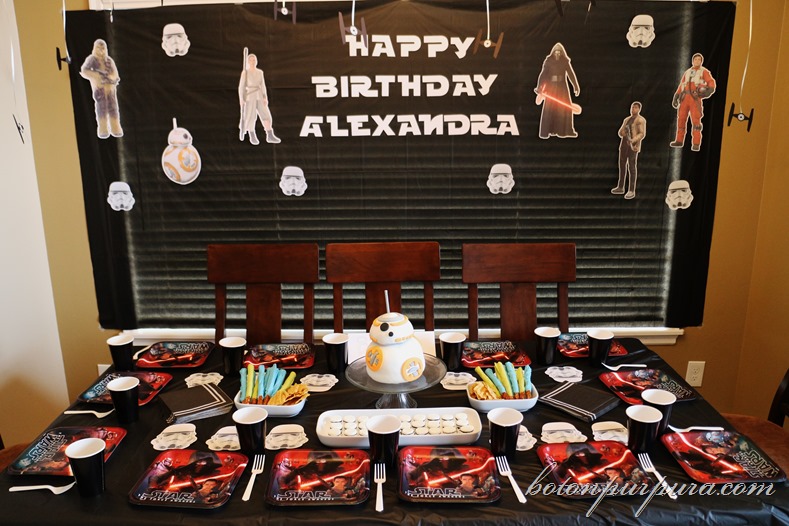 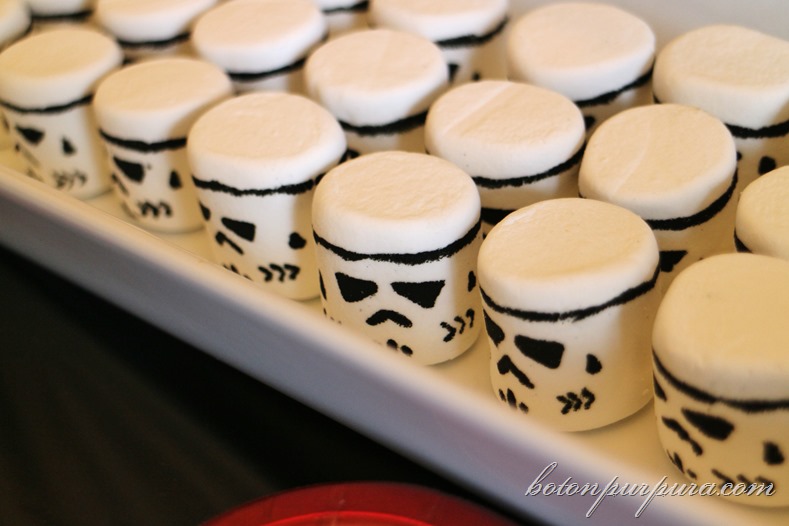 Pretzel sticks covered in chocolate to look like lightsabers. 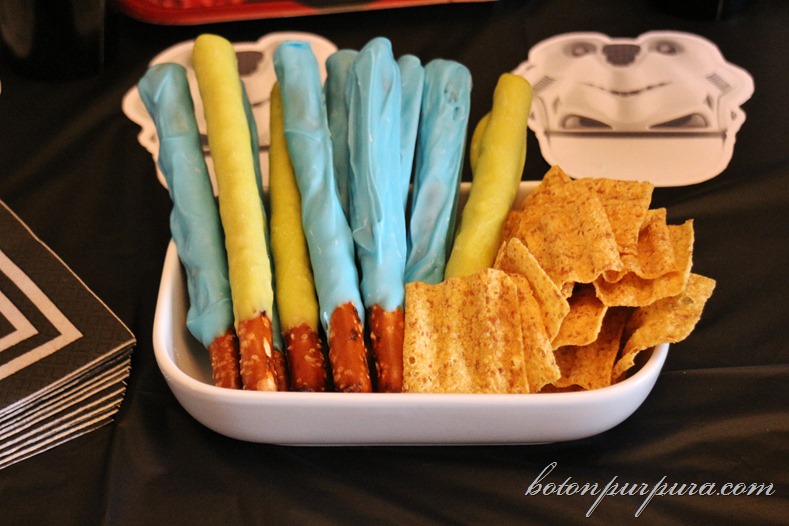 BB-8 as a cake. I have to say that I thought it was going to turn out better than this. I used a new recipe to make the cake firmer and also used ganache, and although it helped somewhat, as you can see it... was not perfect. I think that I am no longer going to try to make cakes in 3D, at least not until I take a class where I learn how to do it the right way. Still, all children were impressed, so I don't feel so bad. 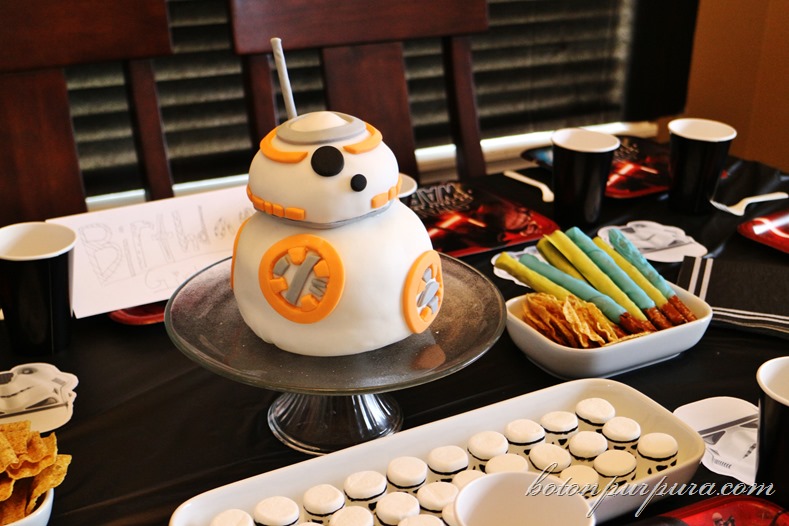 We couldn't leave out these "lightsabers" which are made from swimming pool noodle floats. They were the hit of the party, and super easy to make. 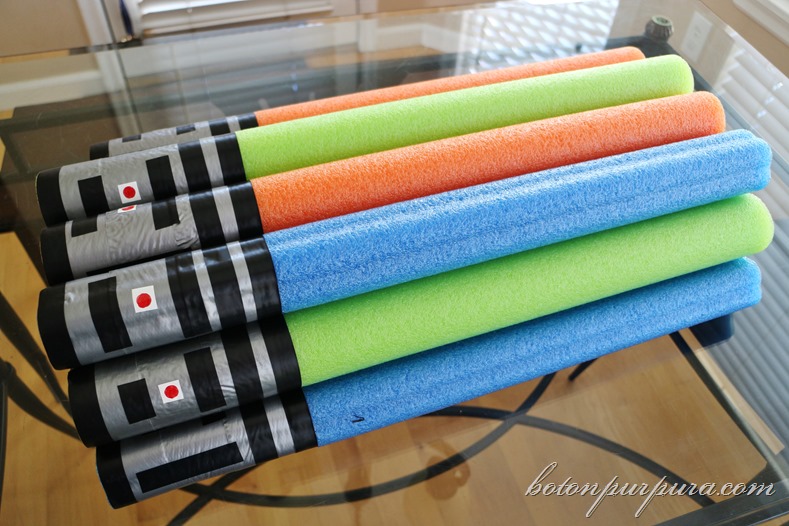 The birthday began with a bit of trivia. 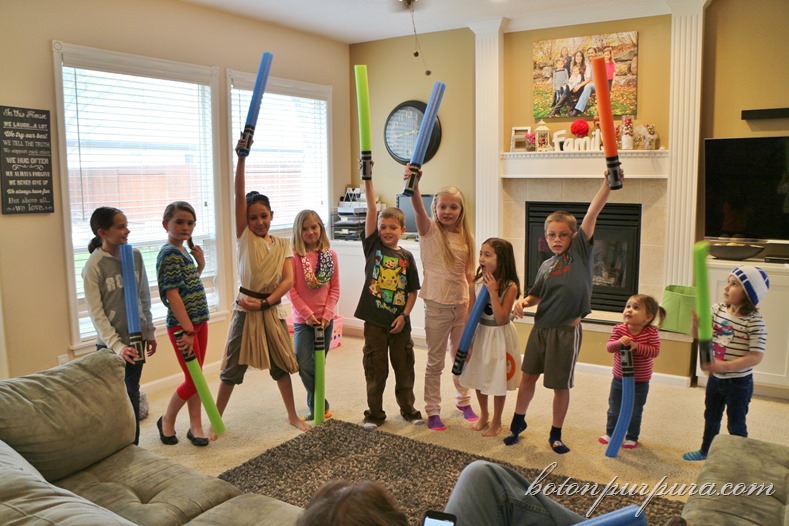 Later the kids made the film characters with “perler beads.” 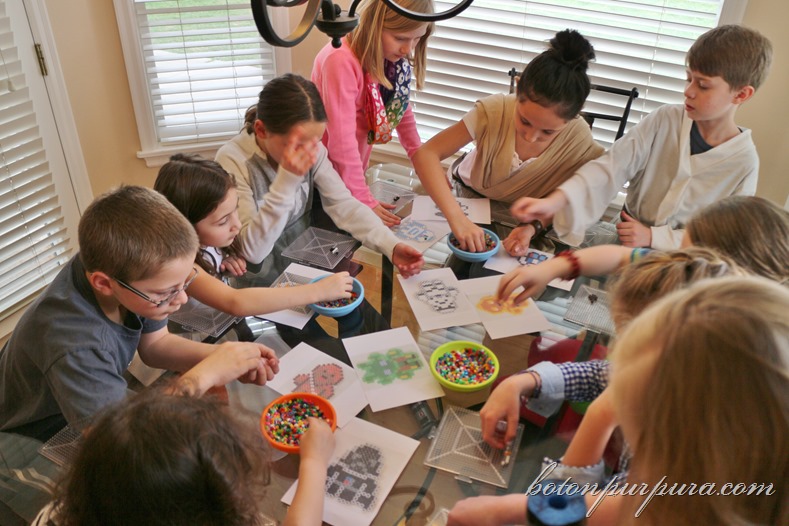 That was an activity in which they were entertained for a long time, and it calmed them enough after receiving and playing with their lightsabers.

The rest of the time is spent continuing to play with the lightsabers. And of course we finished up by opening gifts and breaking the piñata. The kids enjoyed it a ton despite not having too many different activities, and there was enough to keep them occupied for the two hours. At the end the kids left with bags with tattoos, the pinata candy, and the lightsaber but I forgot to take picture of that.

Here are some photos of the costume and hairstyle of Rey that I made for my daughter. 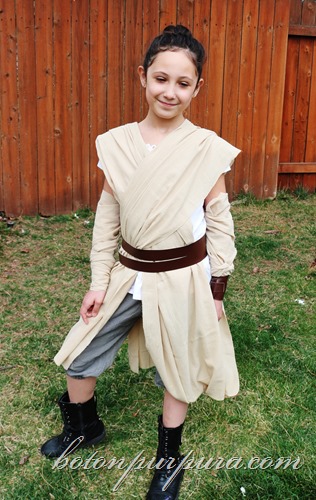 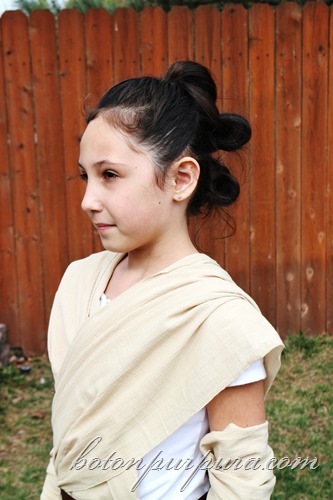