Last month we celebrated birthday number 8 of my daughter, and, as is tradition in this house, it had to have a theme. Minecraft is a computer game with which she is obsessed, so it seemed appropriate . After looking at many ideas I decided it would be nice to recreate the game as the party activities. Guests enjoyed themselves to the max! 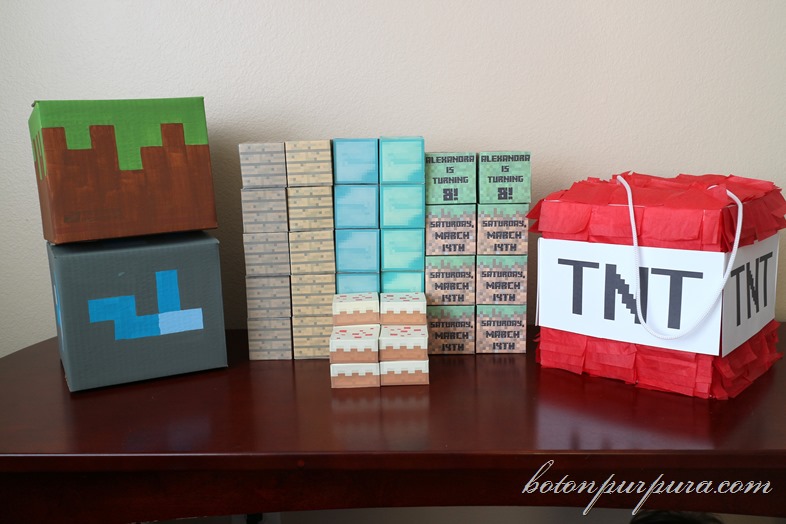 In pixel paper craft You can find all minecraft blocks as printables. I used the grass block to make the invitations. Here You can find the font that I used. 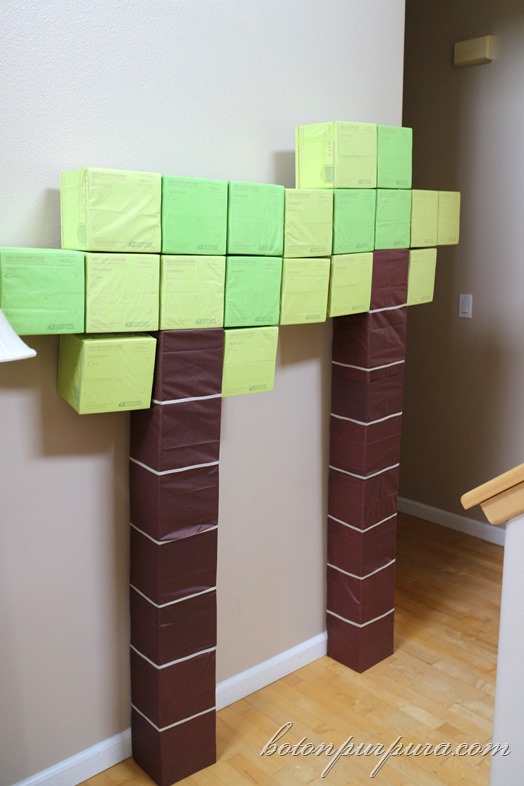 For activities we started by looking for wood. I got a lot of boxes to recreate the Minecraft world. The trees are simply covered with tissue paper. The boxes that form the trunk of the trees are "opened" from the front side on the paper. Inside each box I put one of the cubes representing wood. The kids just had to hit the paper with their hand and remove the "wood". 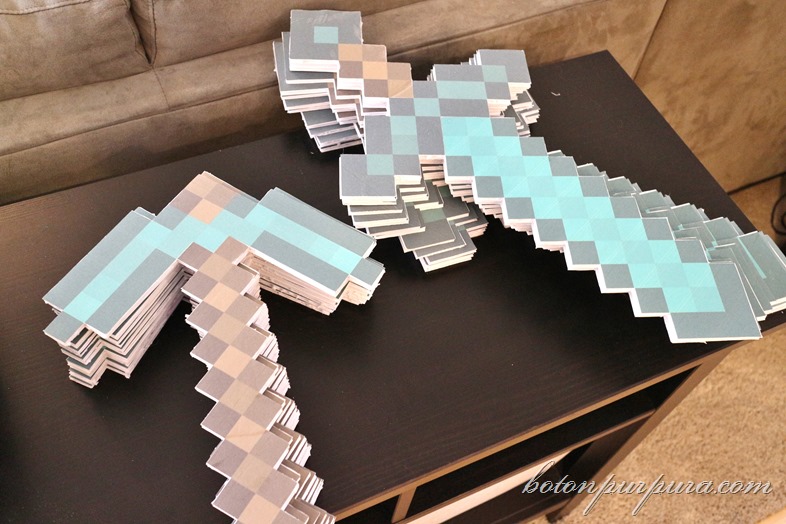 After getting wood, they received a pick to be able to go to work the mine. To make the pick and sword, I used the tutorial from Binobaby’s Voice. There you can find the images to print. You will need to do it on paper of about 28 cm X 43 cm. You will also need cardboard with a foam core on which you will attach the images. Cutting it is tedious, but if you make sure to use a sharp utility knife, it will be much easier to work with. 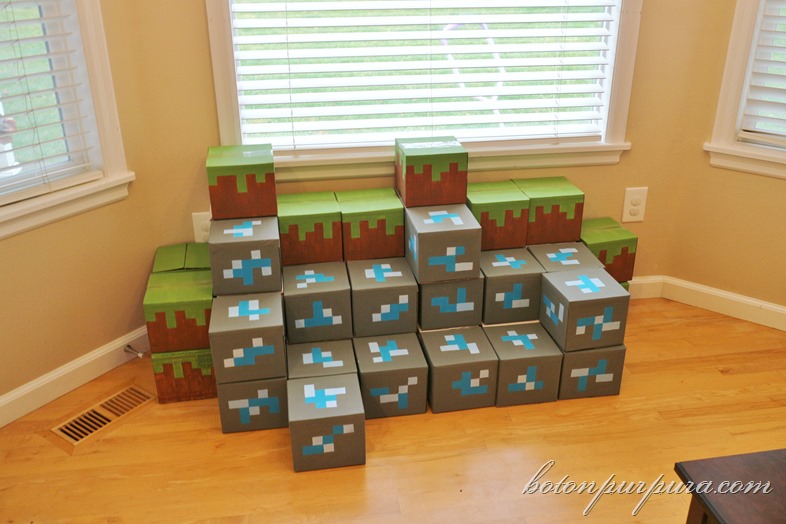 To make the blocks for the mine I used acrylic paint to paint the details on each box. Again, one side of the box is "open" and covered with paper. Inside the boxes were diamond blocks, with which each child received a diamond sword to go hunting. I made these blocks before the trees and let me tell you it takes so long to paint each box that I decided to make trees with tissue paper to make it faster. You could easily make mine with tissue paper much faster. 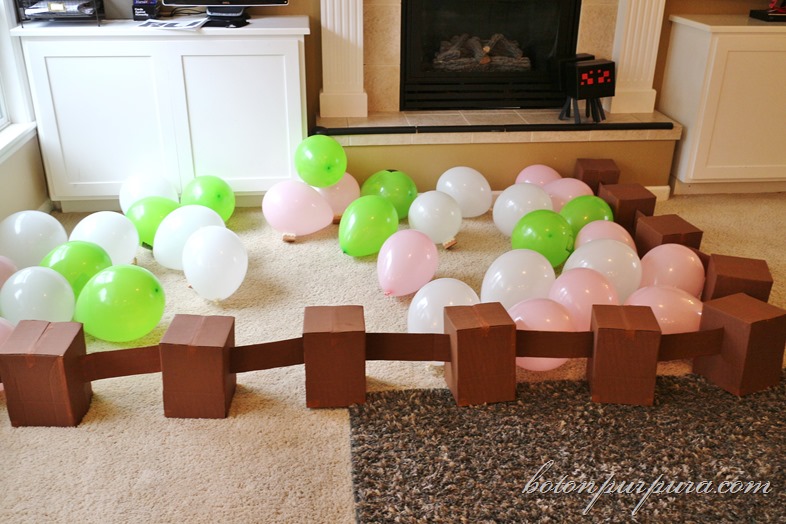 For the animals I used balloons which I intended to paint faces onto such as pigs and cows, but due to time constraints it was not possible to do so. I also put a few 'creepers' that they had to avoid popping. Under the balloon animals were blocks representing cakes. Time to eat!! 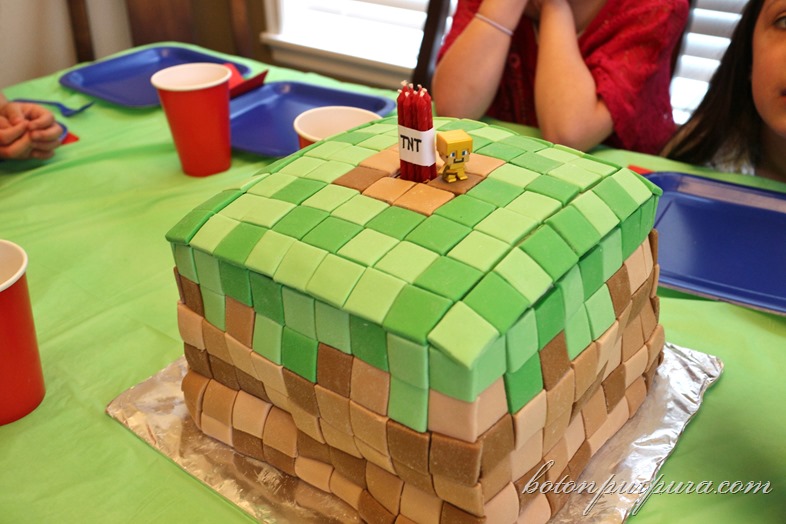 With great embarassment I present the birthday cake. It is worthy of being a 'pinterest fail'. My cakes are very spongy and that's a problem when I try to do something as high as this block. The fondant made it weigh a lot and gradually it was crushing itself.

With all the craziness, I did not take pictures of the rest of the food, which is not much of a problem because this time I did not put as much effort into it.

After eating and playing, we broke the piñata and ended with gifts. 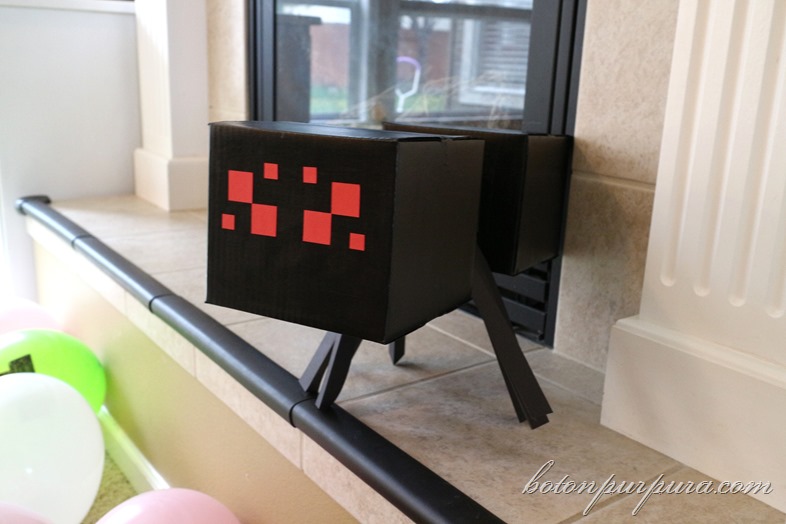 A spider and a couple of 'ghasts' as decorations. 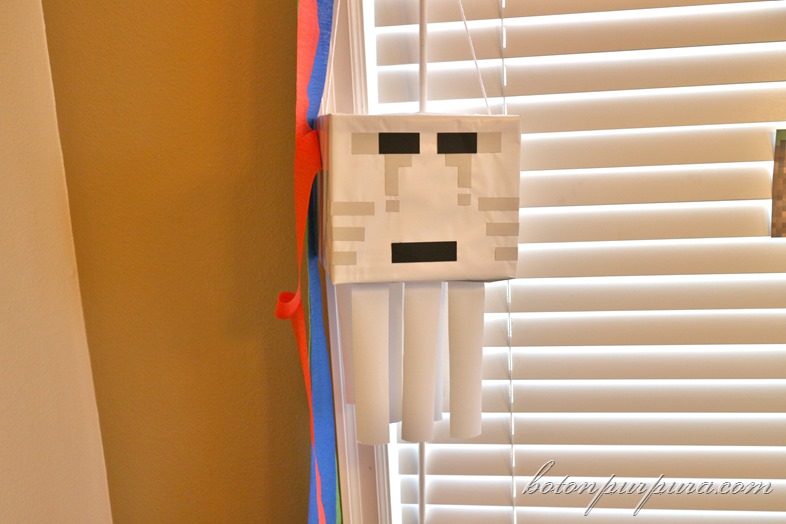 Dynamite as the piñata. 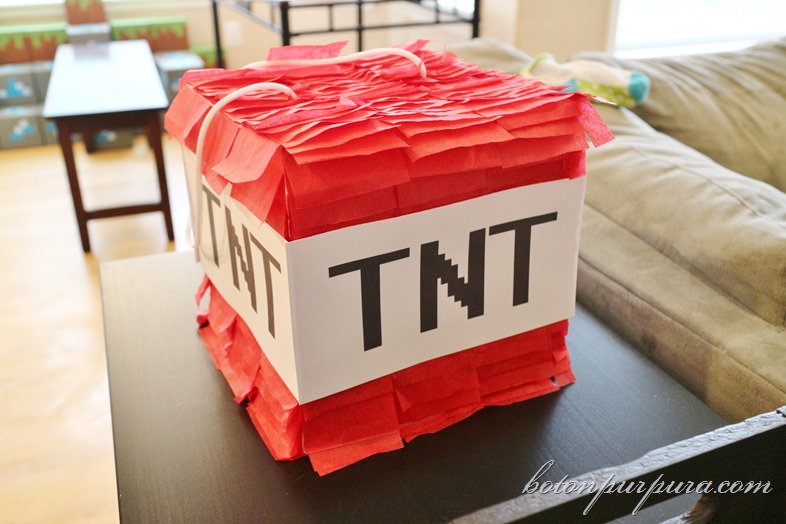 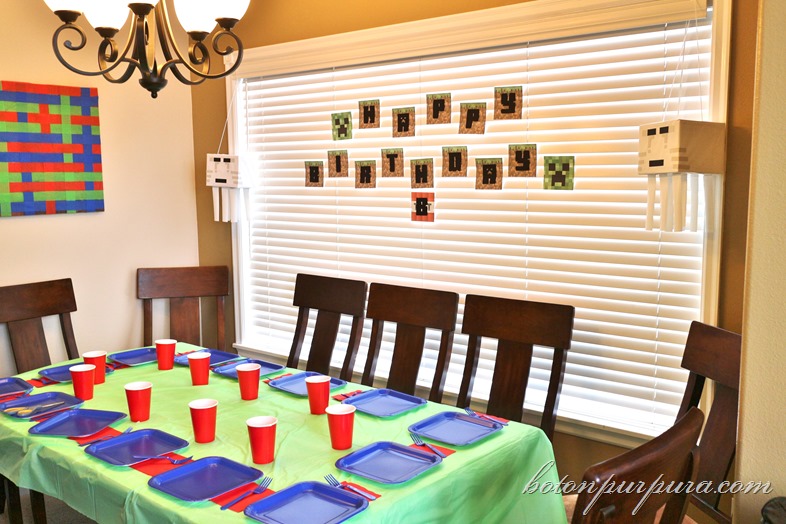 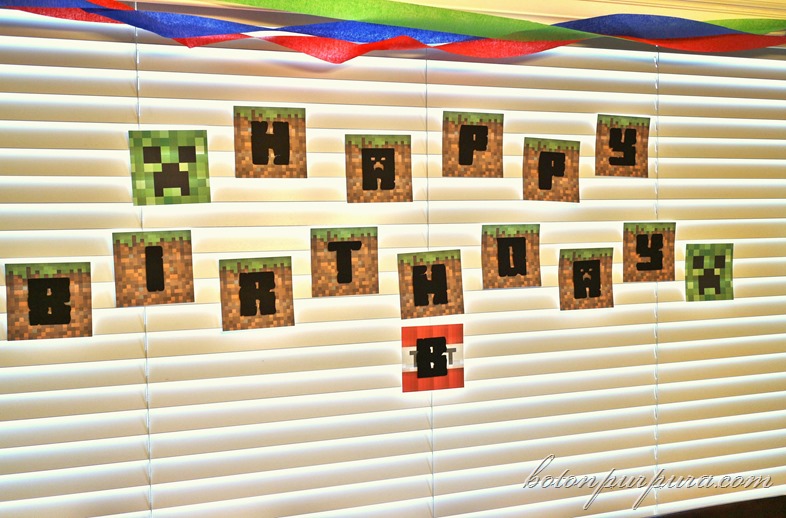 In this last picture you can see the end result of the birthday. After eating, the children they decided to go hit the boxes and destroy all the blocks that took me so long to decorate. Giveing swords and picks to so many children of 8 years old results in a total lack of control. Fortunately, they were limited to only destroying the blocks and not the rest of the house. 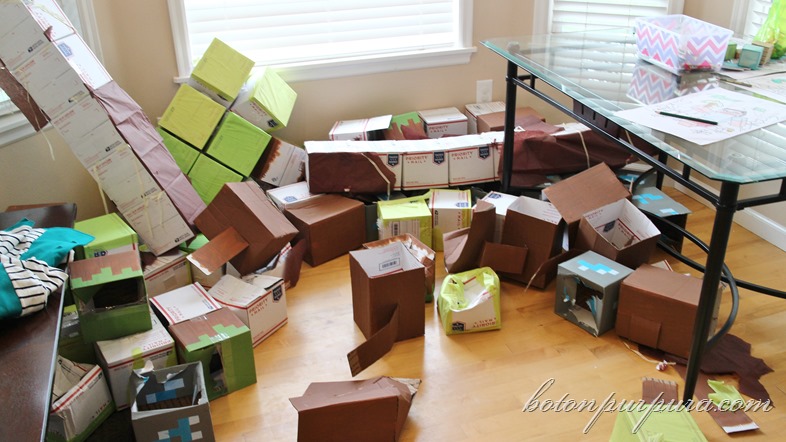 It was not a perfect party, but the happiness of the guests and especially the birthday girl made it a success!.